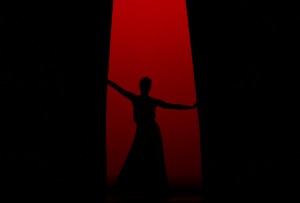 A dancer from the „Octopus,“ directed by award-winning choreographer Philippe Decoufle, performs during a technical rehearsal on Friday April 19, 2013 at the Esplanade’s theaters on the bay in Singapore. The French production is in the city-state as part of the Esplanade’s „da:ns“ series featuring international dance companies as part of its annual event. (AP Photo/Wong Maye-E)